The FBA Henry Fillmore Composition Contest is established to encourage students' efforts in original composition and to give recognition for outstanding achievement.

The Composition Contest Committee shall judge all entries at the meeting immediately following the deadline. The recipient will be notified in time for presentation of the award to be made at the annual FMEA Clinic/Conference.

The award will include a plaque indicating the achievement which will be presented before a gathering at the FMEA Clinic/Conference, and cash awards of up to $500.00 may be awarded at the discretion of the Contest Committee. If no suitable compositions are submitted, no awards will be given. 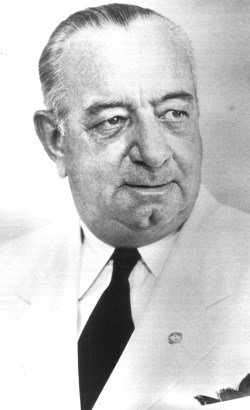 Henry Fillmore (December 3, 1881 – December 7, 1956) wrote over 250 tunes and arranged orchestrations for hundreds more. While best known for march music and screamers, he also wrote waltzes, foxtrots, hymns, novelty numbers, overtures and waltzes. In his later life, Fillmore retired to Miami and spent much of his time and energy with area schools and the University of Miami music department.